I freely admit it, making a board game was much more work than I thought it was going to be. But after 2 years I’m still here making and playing Delivery Duck, a strategic family game for 2 - 6 players.

You’re a duck in a truck, delivering packages, and it all started on a family holiday. 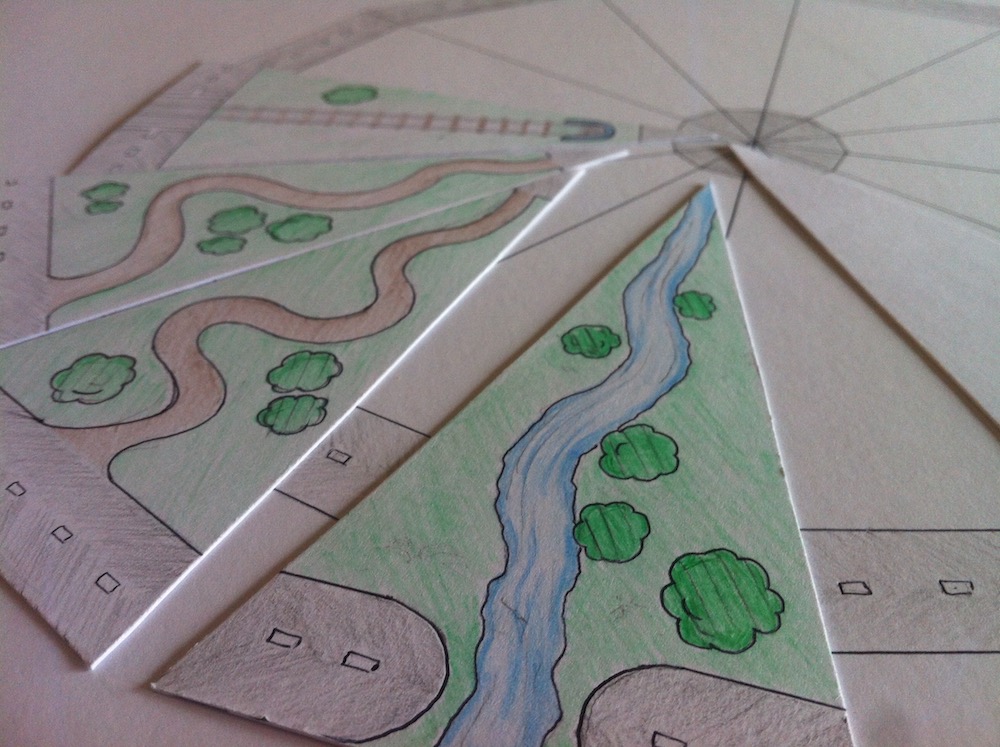 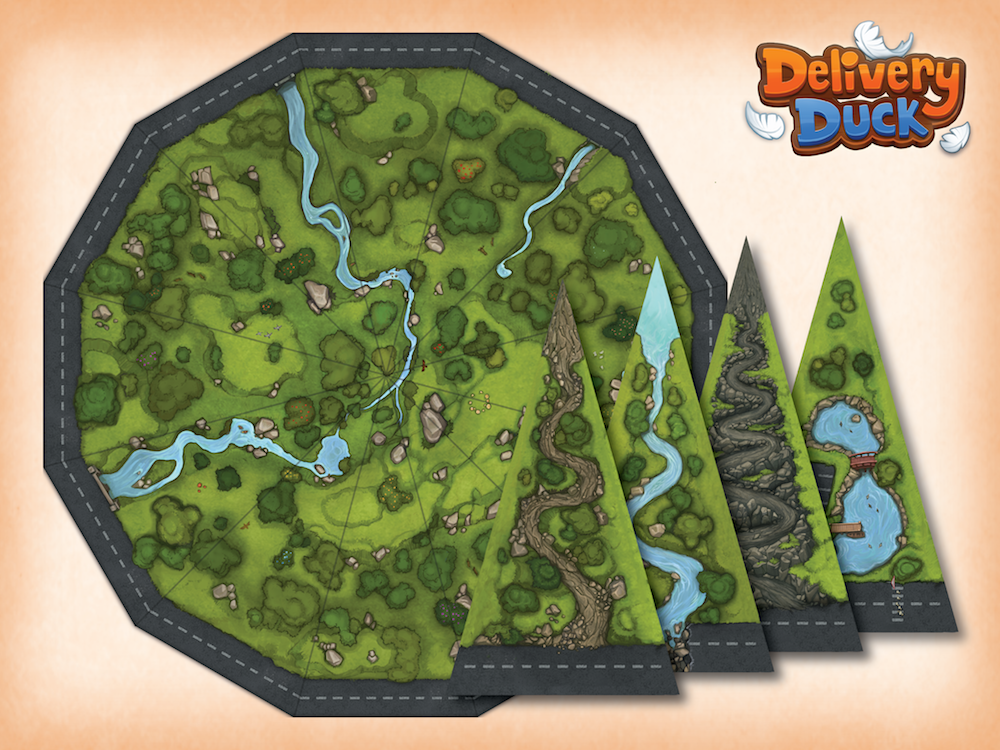 I was half asleep on a long road trip. In my semiconscious state I was thinking about how it’s a shorter distance diagonally through a square than it is to go around 2 sides. That formed the concept of Risky Roads and Delivery Duck was born. Risky Roads are all about shortcutting through the board. By default the only way to get around the board is around the outside, but Risky Roads allow you to shortcut through the board with increased risk.

Why a duck in a truck? I just liked the silliness of it, it made me chuckle and it made me happy. I wanted to make a game that just made people happy when they looked at it. I liked the concept of someone being bad at their job, but still doing it anyway and doing it with enthusiasm. The theme is meant to be quirky, for instance the cargo you deliver are crates, barrels and whales.

I find this process hard to define. You have what appears to be a game but you know it’s not complete. It then evolves organically and sometimes all at once with a spark of inspiration. I kept playing it with family and friends to find its flaws.

As you can probably tell I love alliteration. Delivery Duck has it everywhere, and it actually affected the game in ways deeper than just the names of things. I gave myself a challenge that every vehicle had to start with the letter T. That felt easy at first with the first 2 vehicles being Truck and Tractor, but I knew I needed a third. I went for some long walks around my neighbourhood and just thought about the game. I knew it was missing something and then it hit me, the third vehicle would be a Trebuchet and it would use a Whale as a counterweight. I probably wouldn’t have thought of a Trebuchet if I didn’t have that requirement. The Trebuchet has turned out to be a very interesting vehicle with a cool cargo shooting mechanic. 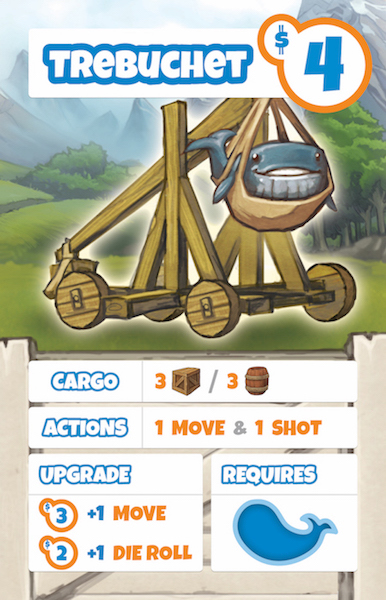 It all started with a Justin Bieber box. It was the perfect size and shape for Delivery Duck. After a while I had to scribble out his face. His eyes kept looking at me and I didn’t know how to feel. 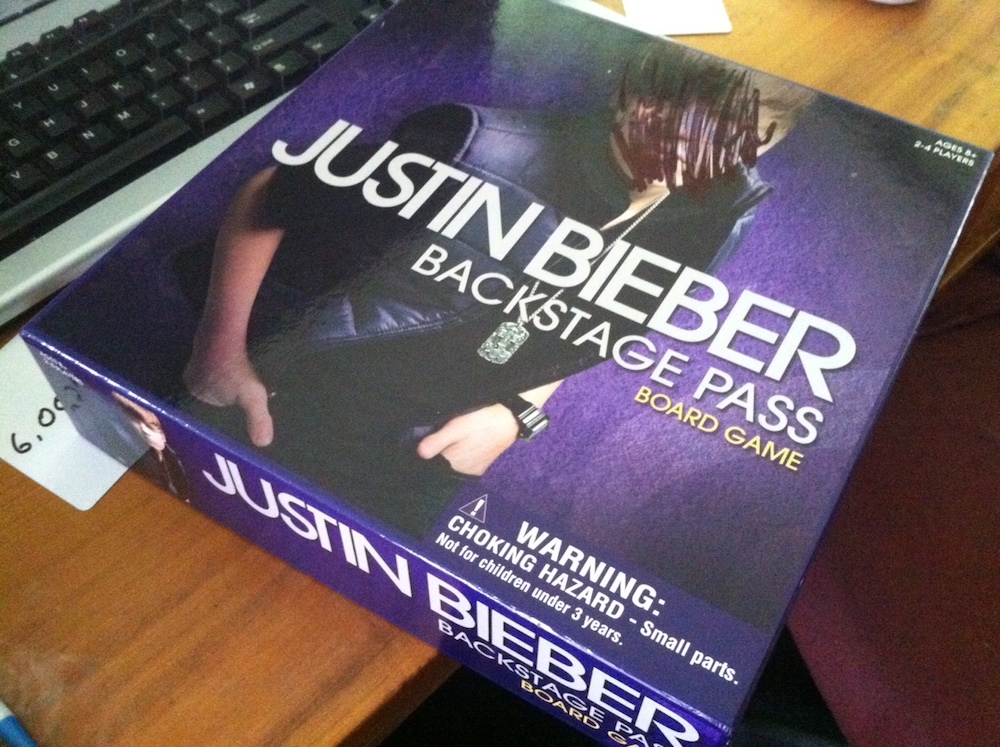 I gutted the Justin Bieber box of its terrible-excuse-for-a-game innards and placed in my prototype components.

As I mentioned at the start, there’s a lot more than meets the eye that goes into making a physical game. All the different components just take time to make, and then there’s time in reiterating each component as you play and learn about the game. It took me countless hours to print things, cut things out and sniff in weird glues.

Getting the game out there

With a prototype in development I did something crazy and signed up to SPIEL in Germany, one of the world’s largest board game conventions. It was the best decision I ever made. It forced me to finish the game.

Above is me playing Delivery Duck with some cool guys. They seemed to like the game. The response overall was great. It wasn’t everyone’s cup of tea, some people were after something more complex. But those that wanted a casual game seemed to enjoy it.

Who you don’t see in this photo is my girlfriend Wendy, who I couldn’t have done the convention or the board game without. She’s one of these positive people who’s good with strangers, and as a low energy introvert I really needed that. The convention was hard. It was difficult to get people’s attention and keep the energy up the whole way through but somehow we did it. Our relationship survived the pressures of a convention so she’s a keeper :)

There was a single moment during the convention that made it all worth it. A guy came over and I did the usual spiel on Delivery Duck. He said he really liked the game and very genuinely gave me a handshake. He told me about the game he was making and it clicked in my head that his was one of the top 10 games on GeekBuzz by BoardGameGeek! I congratulated him. He was lovely and it was nice to have someone that good like the game.

Yes, I’m going the Kickstarter route. The game has been thoroughly playtested, the rulebook picked apart and the components are currently being quoted by the factory.

Sent infrequently when there is important news or when a game is launching on Kickstarter. Want GIFT or Delivery Duck? This is the next step.